The following projects make up a showcase of instructional design assignments I have had over the last few years. Most of them involved me leading a small team of graphic designers, flash programmers and multimedia production folks to create interactive teaching modules. Feel free to comment!

ARIS is a tool for educators artists and storytellers to make mobile games, tours and interactive narratives. Using the GPS and QR Codes, ARIS players will experience a virtual world of interactive characters, items and media placed in physical space.

Since the project is opensource but grant funded, the current design challenge is to build a robust community of designers and developers that will keep things moving forward collaboratively. 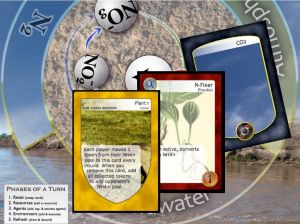 The Nitrogen cycle is a complex system of chemical and biological processes where by N2 from the atmosphere goes through many stages to be converted back to N2 again. We have built a hybrid card / board game that allows students to interact with this system by using organic resources like carbon and carbon dioxide to feed bacteria that convert nitrogen through its various forms. The most exciting part of the project is that the game is quite compelling and we would like to see it played outside of class in informal learning environments. 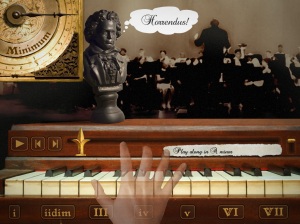 Music is more than notes and theories, it is an art. It also is not represented completely on paper, it must be heard. Our goal is to provide a series of mini -games to allow students to play with music in an environment that is fun, picking up theory along the way in context of play. This project was designed and developed with Jamie Henke, Alan Ng, Bruce Barton and Chris Blakesley for use in an introduction to music theory course at UW. 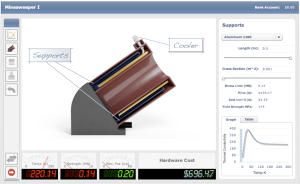 Cool-It is a simulation game that teaches the principles of heat transfer in cryogenic situations in a graduate-level engineering course.

This game places the student in the role of a mechanical engineer solving real world design problems for the US navy and NASA. Success and Failure are the difference between life and death!

This project was designed and developed with John Pfhotenhauer, Mike Litzkow, Chris Blakesley and Ben Longoria for use in John’s cryogenics course.

Graphical Aids for Stochastic Processes is a set of electronic simulations to teach math students the details of statistical problems such as coin-flipping, Galton boards and Newton’s triangle. This project was a re-make of the original GASP done by David Griffeath here at UW Madison.

A hyper-text version of a traditional networking course. Students move through lessons with all key concepts linked to a descriptive appendix while working on a real lab environment containing their own virtual server and virtualized Cisco firewall instance.

The goal of this project was to create an engaging training for faculty, students and staff of the University of Wisconsin. The project also had a dual purpose in that it needed to also “sell” the My Web Space tool and show how useful it is for collaboration.

The Division of Information Technology at the University of Wisconsin developed an online tool for tracking projects that the group was working on and asked my group to provide both an online and instructor led training to teach the staff on how to use it.

Enabled Voice Mail is a service utilized at the University of Wisconsin to deliver voice mail messages from the telephones as email audio attachments. This tutorial shows how the service is configured using an innovative web display where the traing is on the right side of hte screen and the actual configuration web site is on the left. After the student completes the training, they have actually set themselves up to use the service.

As part of a larger training module, I developed a series of interactive flash sites that simulated to process of working with bids and editing contracts. The Simplified Bid example had a document that set up a bid situation and asked the student to fill out a form. The Document editing project employed a “choose your adventure” style that asks questions and leads the students through the activity based on their choices.